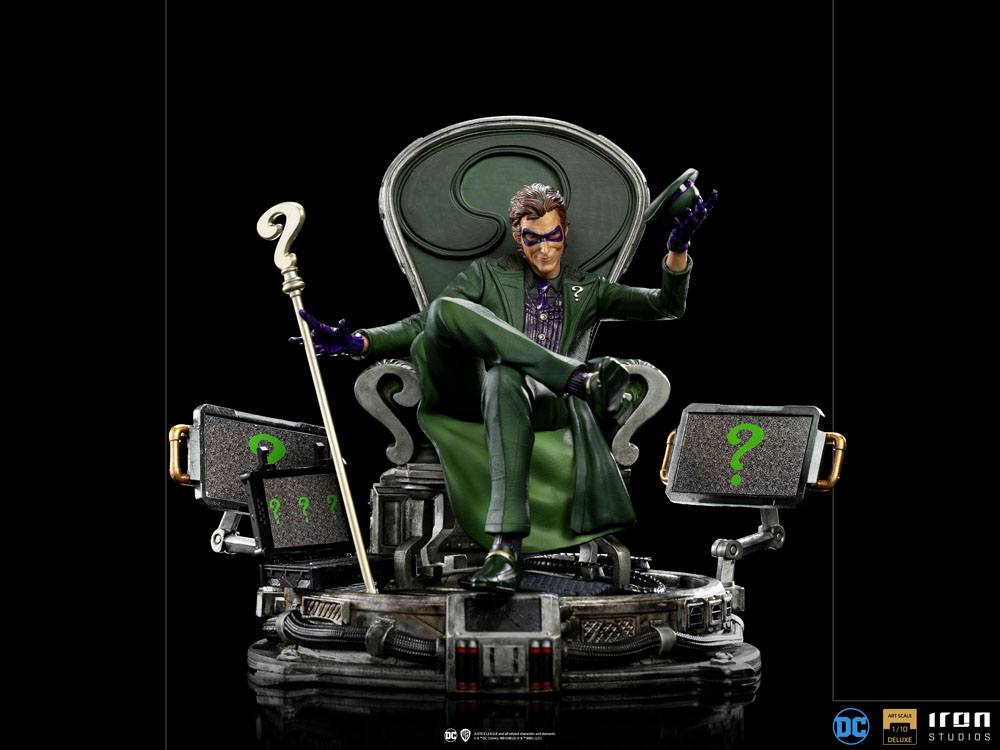 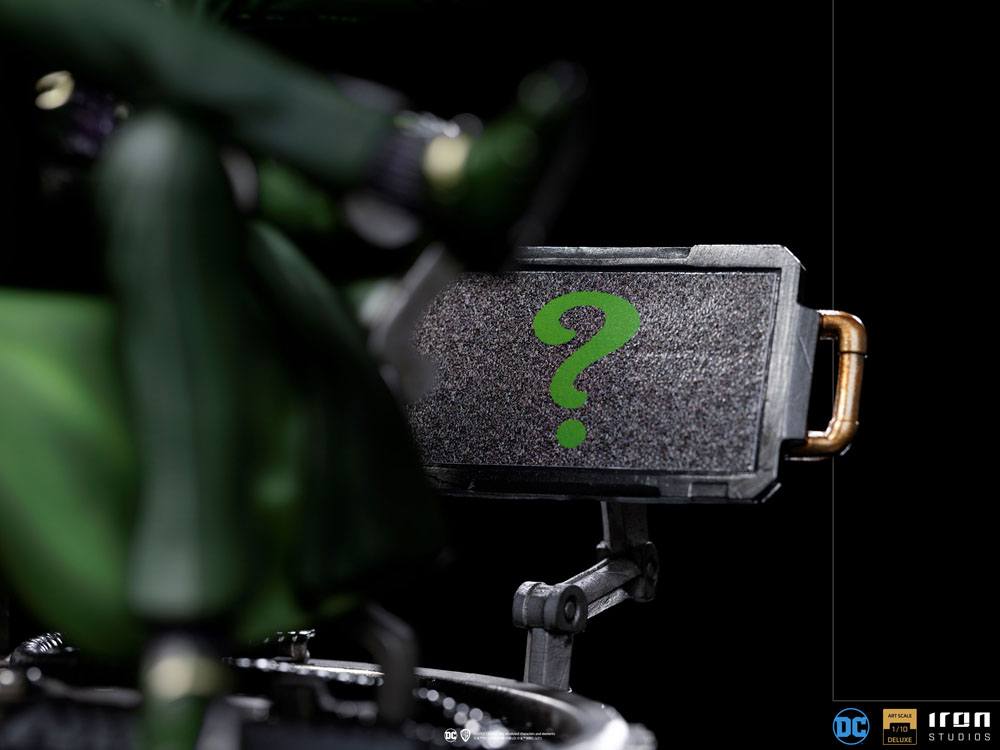 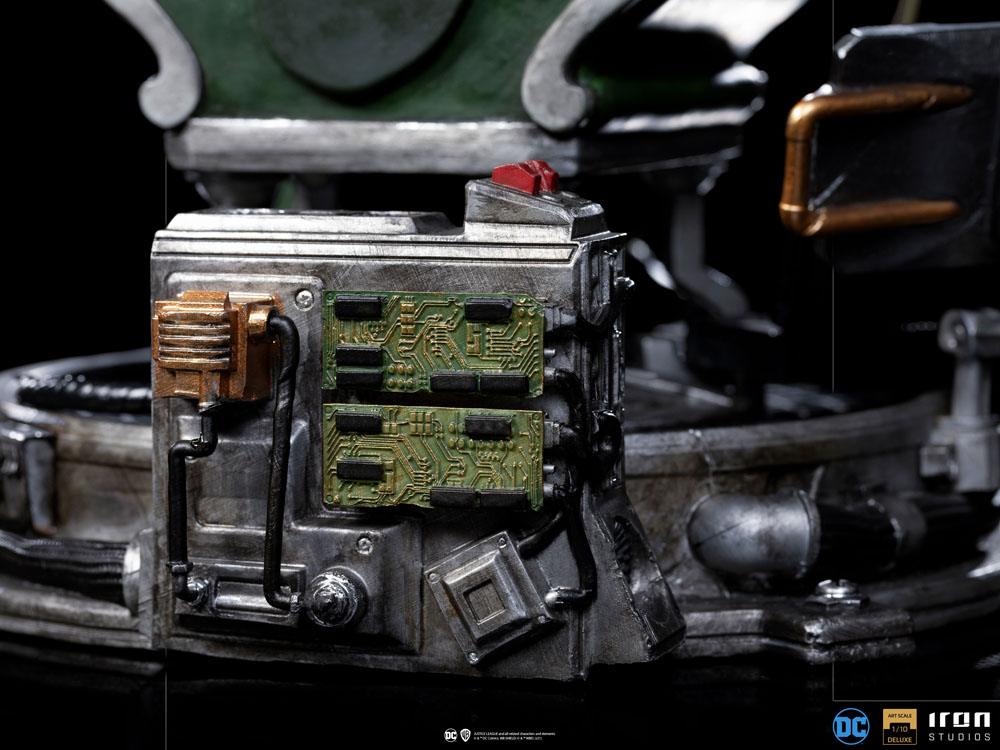 Gotham's most enigmatic villain in an Iron Studios statue!

Surrounded by monitors and tech equipment in his lair, the always enigmatic figure of a criminal genius, dressed in his green suit with an overcoat full of question marks, with a purple tie, vest, gloves, and mask, relaxes on his throne as he expresses respect to his greatest opponents. He holds his bowler hat in his left hand and balances his question mark-shaped cane between the fingers of his right hand, an artifact that has a wide variety of technological devices and weapons. Without any mystery, Iron Studios unveils its statue "The Riddler Deluxe - DC Comics Series #7 - Art Scale 1/10", featuring one of Batman's most classic and iconic enemy villains.

Obsessed with riddles, puzzles, and games, Edward Nashton adopted two aliases by which he became known. The first is Edward Nigma, but he is better known as The Riddler, one of the most popular villains in Batman's gallery of arch enemies. Nigma discovered the puzzle as a child and gradually incorporated them into his criminal career, with an obsessive compulsion to leave clues, in the form of riddles, to Gotham Police, and Batman, regarding his following actions. Extravagant and selfish, his motivation is to prove his superiority by deceiving everyone around him, especially his most prominent opponent, the Dark Knight. The Prince of Puzzles has a genius level of intelligence, with skills in engineering and technology, analytical and deductive skills, and, inspired by the iconic magician Harry Houdini, he became adept at escapology, using this knowledge to create deadly and elaborate traps.