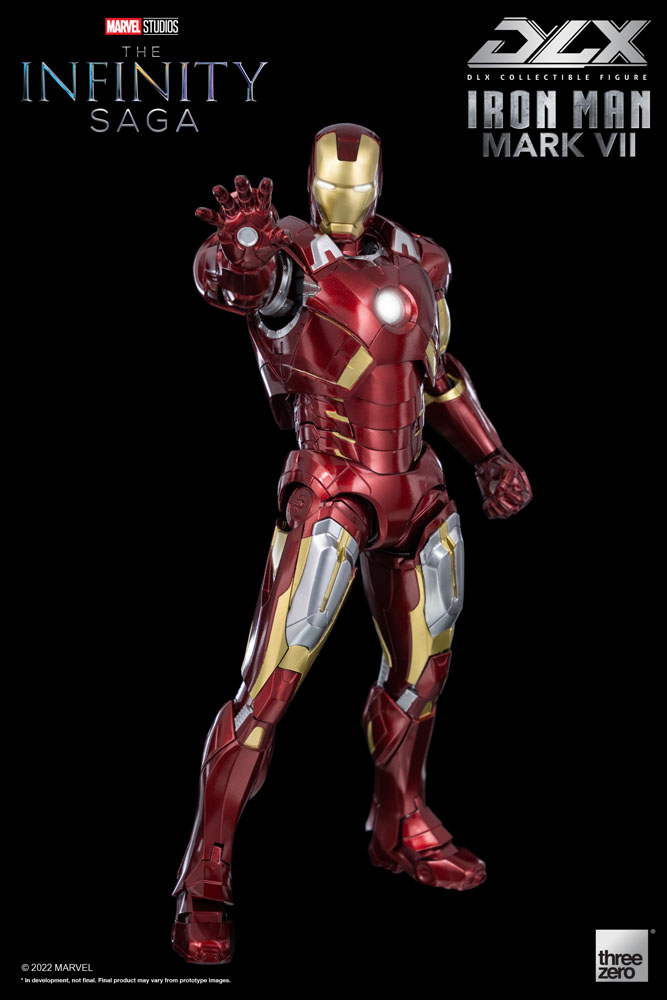 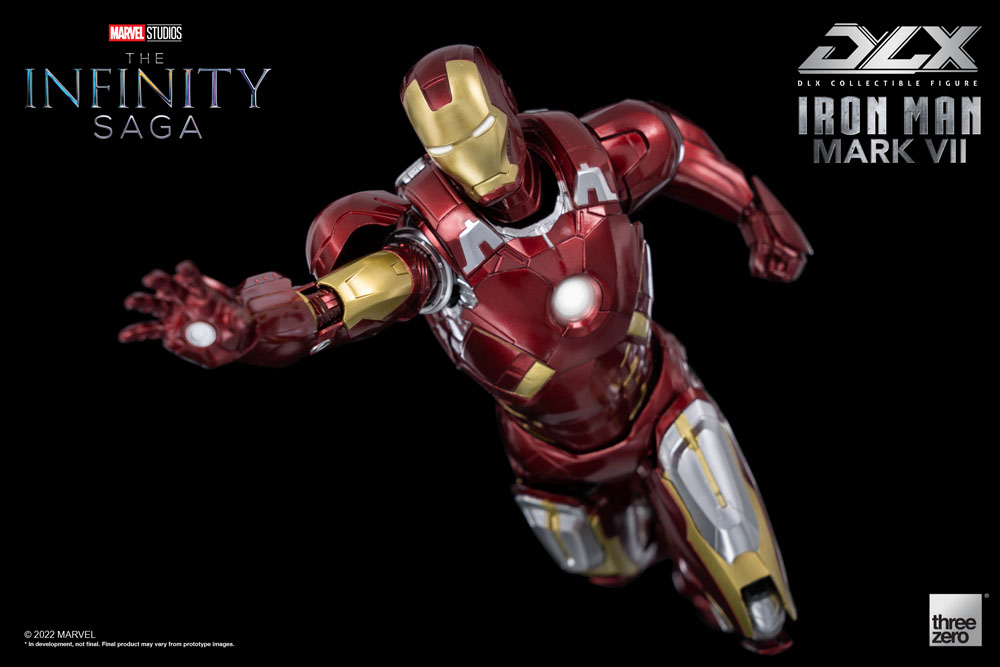 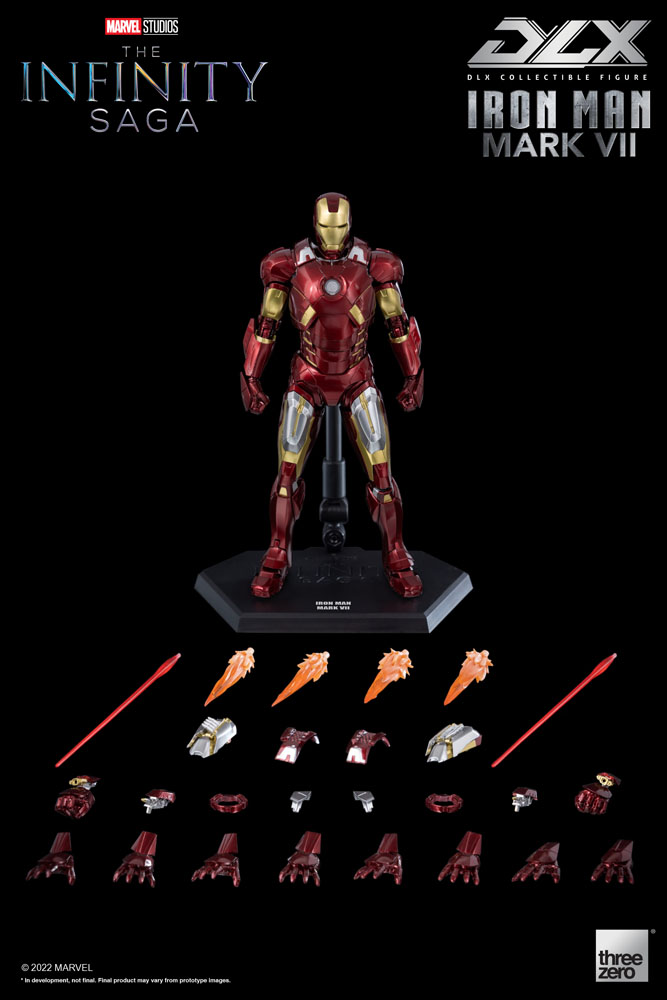 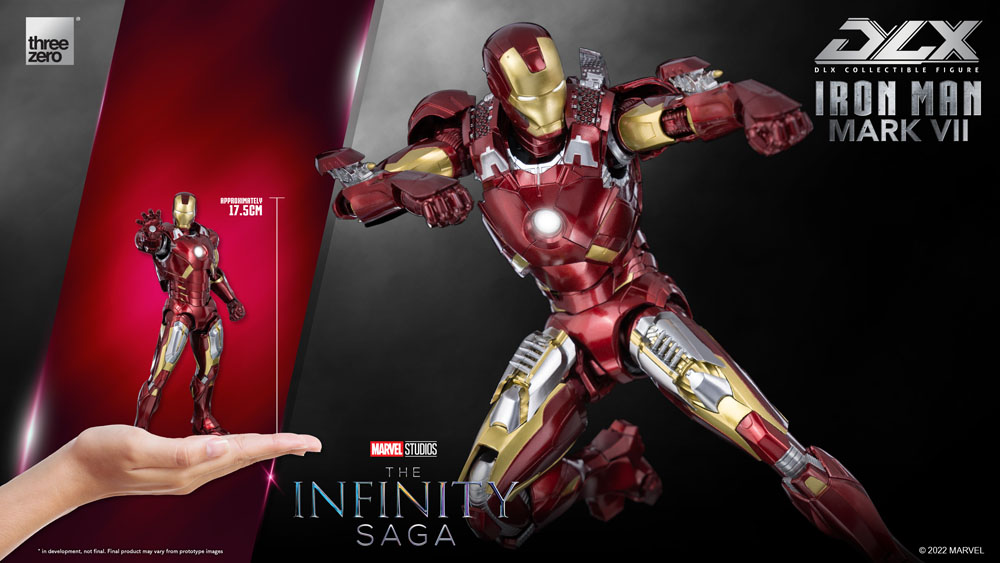 threezero and Marvel Studios are pleased to present the DLX Iron Man Mark 7 as the next figure in the Marvel DLX series.

The Mark 7 suit exhibits the classic red and gold colors and with the multi-layer metallic coating process, accurately replicating the design of Tony Stark's heavily-armored suit as seen in Marvel Studios' The Avengers.

DLX Iron Man Mark 7 is a fully-articulated collectible figure that stands approximately at 6.9" (~17.5cm) tall and is constructed of threezero's renown DLX die-cast system with 48 points of articulation. Detailed structural engineering and exquisite design enable the figure to depict a variety of action poses while maintaining a realistic appearance.

LED lighting functions are located on the chest and the eyes, and the four flight panels on the back can flip to open and closed. In addition to a set of wrist laser beam emitters with laser effects pieces and detachable arm missiles that can be connected onto both forearms, the shoulder and thigh armor plating on both sides of the figure can be augmented with missile-launchers. Additional accessories include six pairs of interchangeable hands, effect parts for shooting and flight poses, and a DLX action stand; allowing for a wide variety of display possibilities!