🎉 - Welcome to the Beta version of our new website! Please bear with us as we're keep improving your shopping experience!
🇨🇾 - International Customers: Please note that we haven't set up international shipping yet. If you would like us to send you an item, please contact us and we will be happy to assist you!
🗝 - Problems With Your Old Account? Yeah we're aware... Please make sure you register with a new one (you can enter same email)
💳 - Payments Via Credit Card are Expected to be added soon! Stay tuned!
🐛 - Noticed any bugs? Something is not working? Please report it to us to help us improve your online shopping experience!
📧 - If you've contacted us and did not hear back from us, please try to notify us alternatively via Facebook, Twitter or Instagram. We'll be happy to assist you 😊 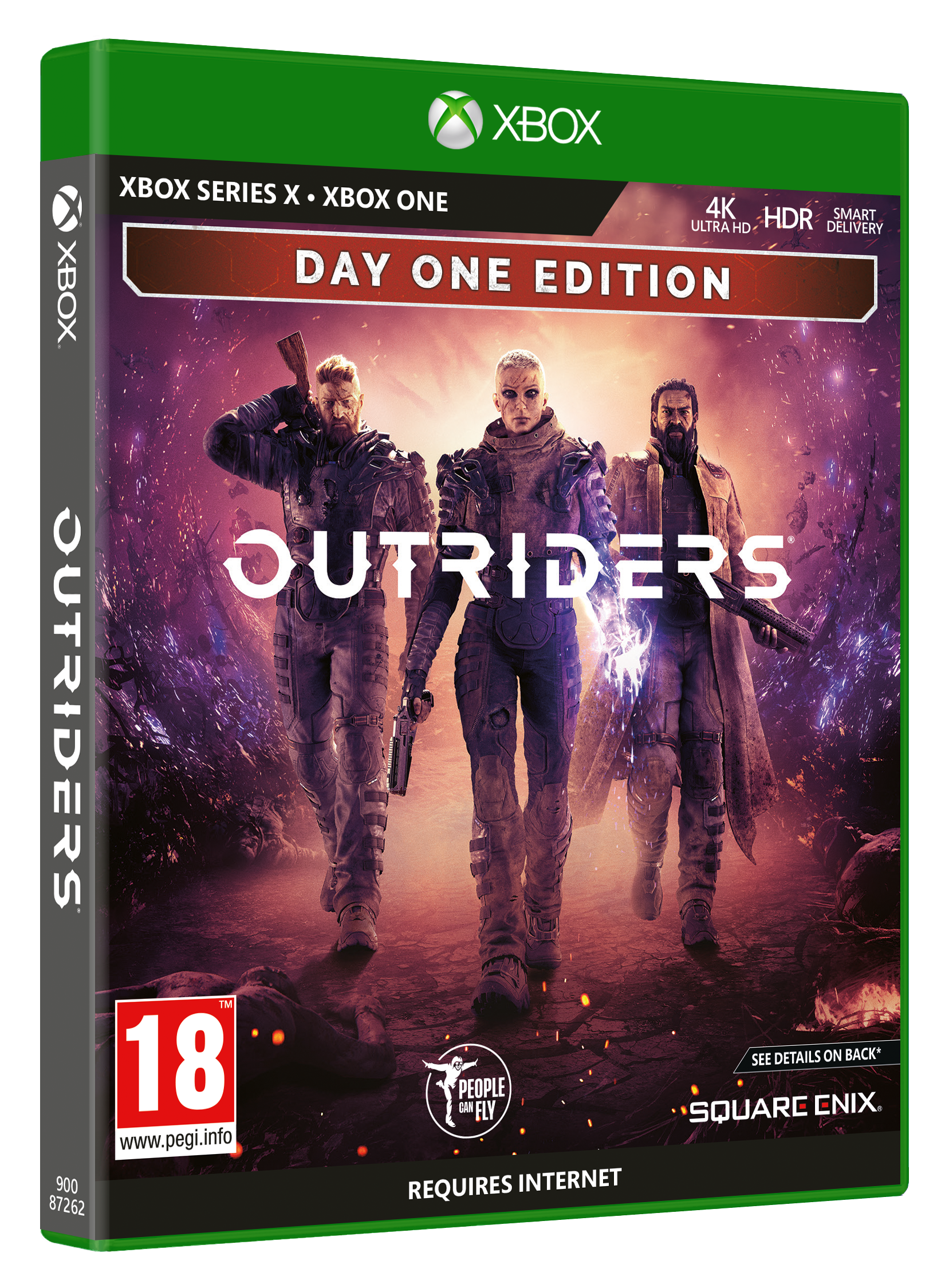 Outriders is a third-person shooter mixed with elements from role-playing games. In the beginning of the game, players create their custom characters and choose from four classes, each of them has unique abilities that the players can utilize.

The four classes include Trickster, which has the ability to manipulate time, the Pyromancer, which can manipulate fire, the Devastator, which can unleash seismic attacks, and the Technomancer. These special skills have a short cooldown time and can be combined with other skills for maximal effects. The game features a skill tree that allows players to unlock and upgrade their skills. Players can use different weapons such as shotguns and assault rifles to defeat enemies, and firearms can be customized with weapon mods.[4] Players can hide behind cover to shield themselves from enemy attacks, though health will only regenerate if the player manages to hurt or kill enemies. Players combat both monsters and human enemies. As the player progresses, the world level (the game's equivalent to gameplay difficulty) will increase. If the world level is high, it is more likely for the player to get high-end loot from dropped by defeated enemies. The game incorporates various role-playing elements. As the players explore, they can explore different hub areas, talk to non-playable characters and complete side missions. In cutscenes a dialogue tree allows to decide the outcome of some conversations, though it does not affect the story's progression. The game can be played solo, but players can also complete the game together with two other players
This product does not have any reviews yet.