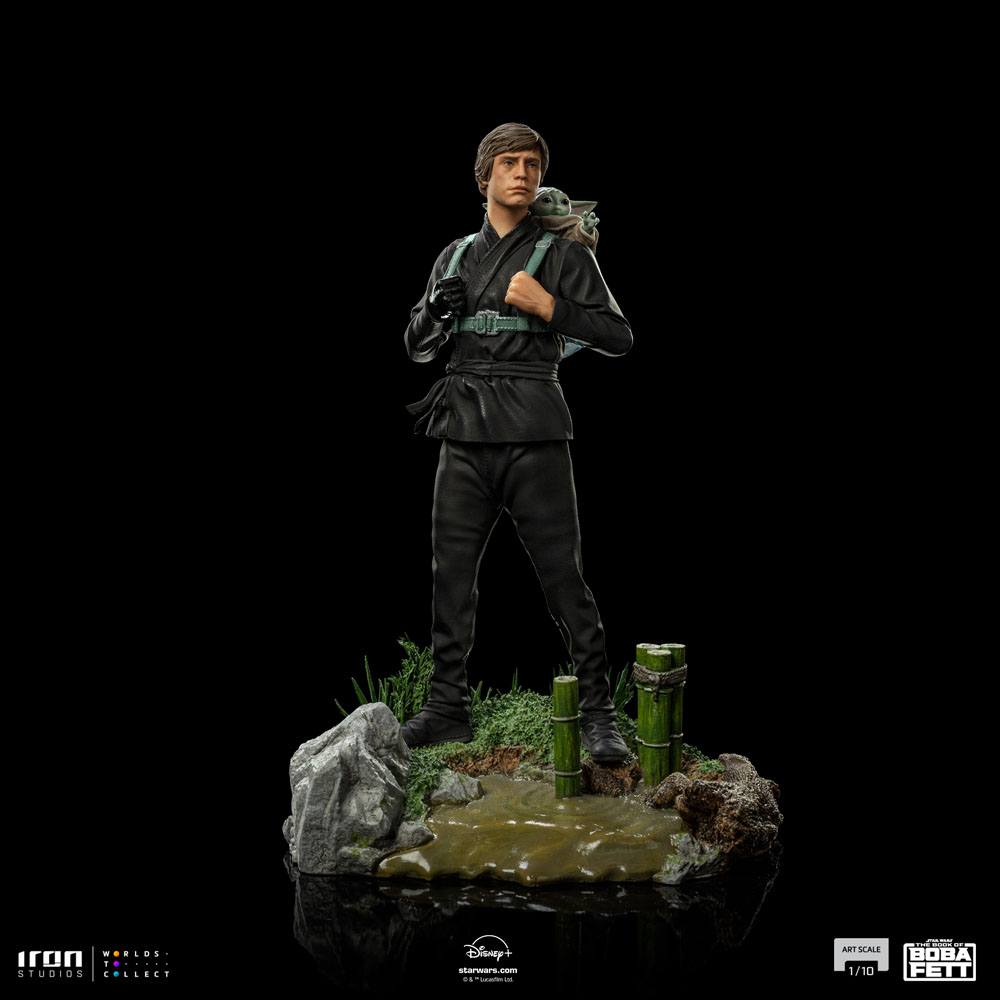 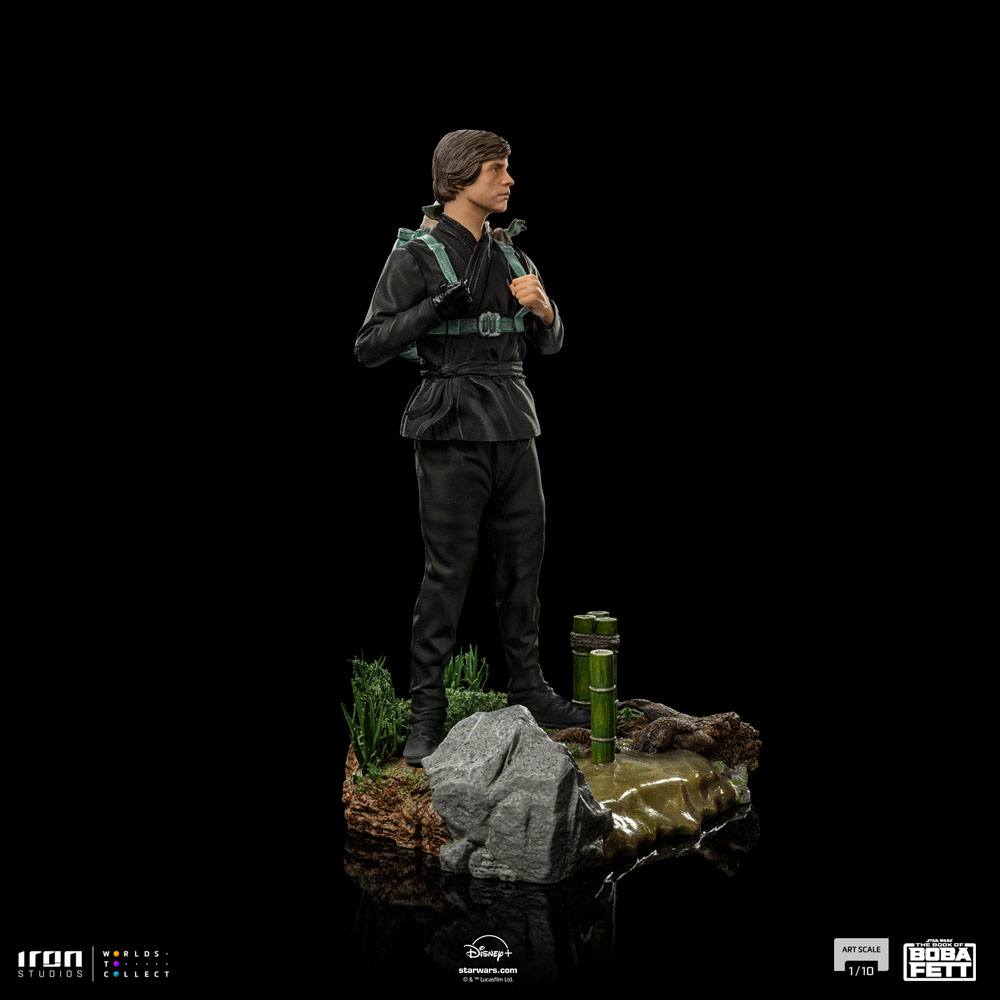 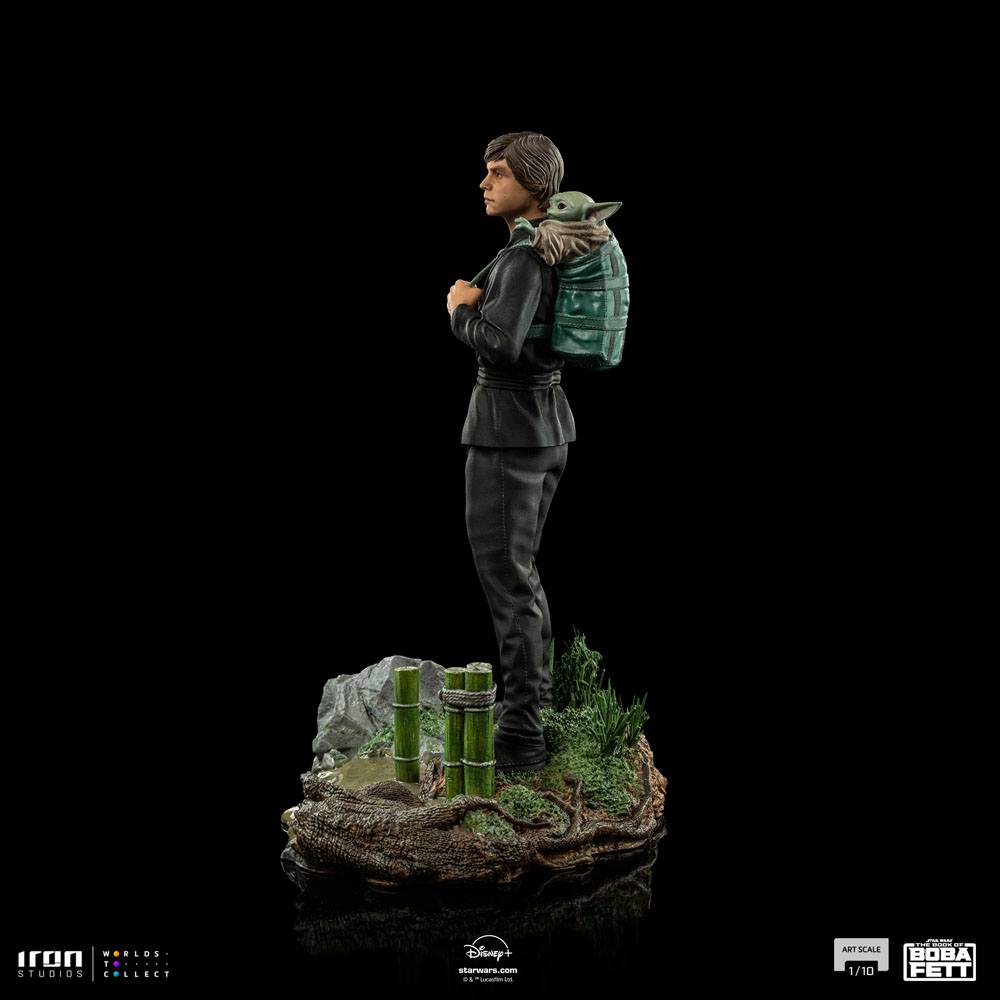 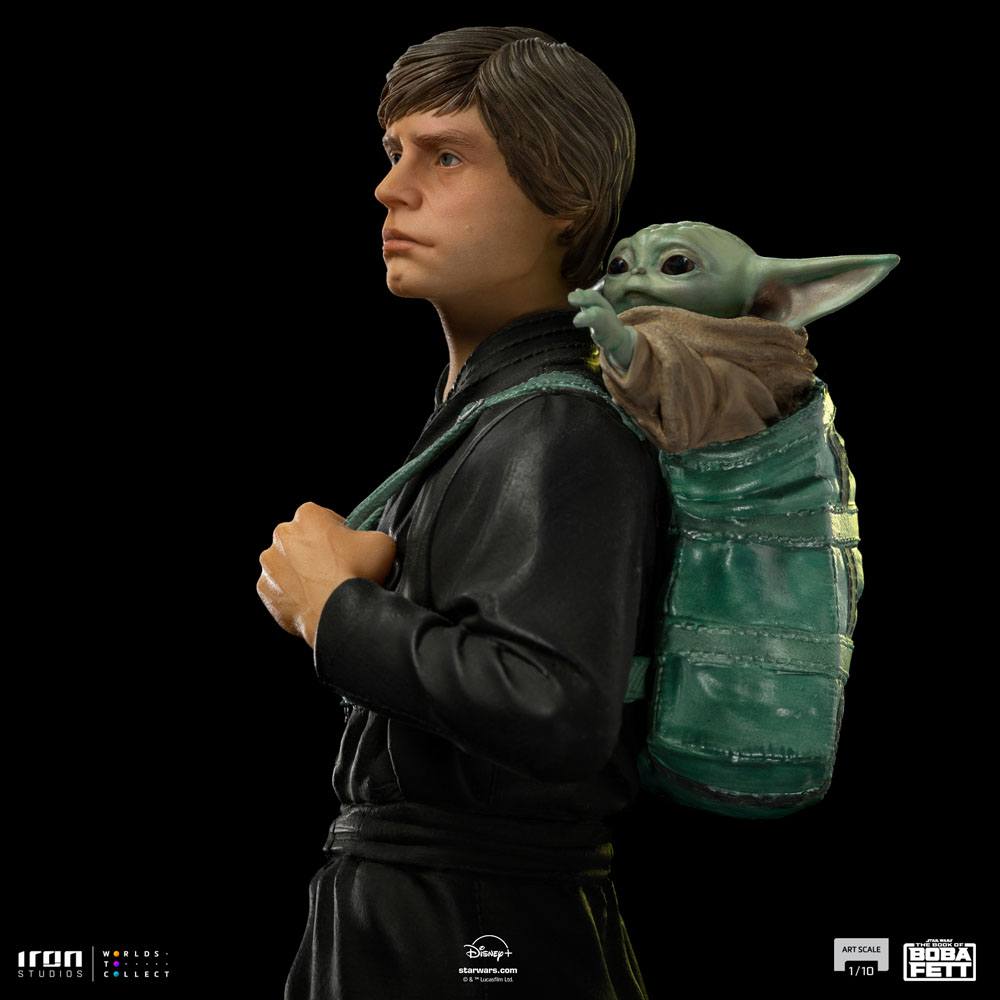 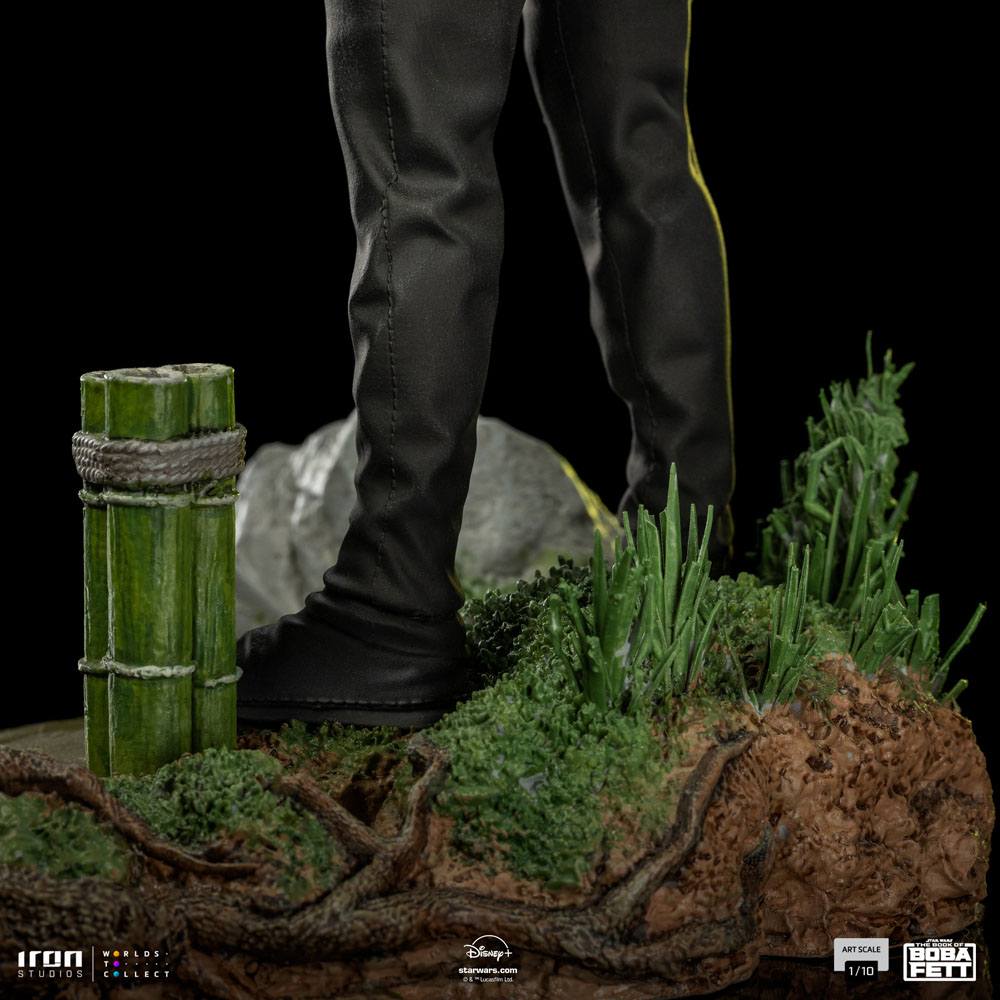 In the past, when he was still an apprentice on the wild planet Dagobah, he carried his Jedi master, the legendary master Yoda, on his back while being trained by him.

Years later, now as a master, reversing the roles he carried similarly in a bag attached as a backpack his new young Padawan, a child from the same race as his old mentor, and just as it happened in his training, he submitted his student to the same probations and trials which he went through years back on the same swampy planet.

Iron Studios proudly present the statue "Luke Skywalker and Grogu Training Version - The Book of Boba Fett - Art Scale 1/10", replicating one of the most thrilling moments from one of the successful series derivatives from the universe of Star Wars in the streaming service Disney+, for the joy of fans and collectors, soon available worldwide.

Known by many simply as "The Child", the small Grogu, belonging to the same mysterious species as the legendary Grand Master Yoda, was rescued by the Mandalorian bounty hunter Din Djarin and became his protégé.

Since Gogru is Forcesensitive, Djarin left him being taken care of by Jedi Master Luke Skywalker with his new Jedi Order to train him in Ossus, a planet located in the Outer Ring where Skywalker was building a Jedi Academy.

During their time together, Luke helped Grogu to remember parts of his training and past and taught him how to use the Force by saying, "Don't try. Do." just like Yoda said to him in the past.

Chapter 6: From the Desert Comes a Stranger, from The Book of Boba Fett series, a spin-off of The Mandalorian series, both with interconnected events, brought grand meaning, story, and emotional resonance to the fans, introducing this so remarkable moment in the Star Wars saga, now immortalized by Iron Studios in this memorable statue.