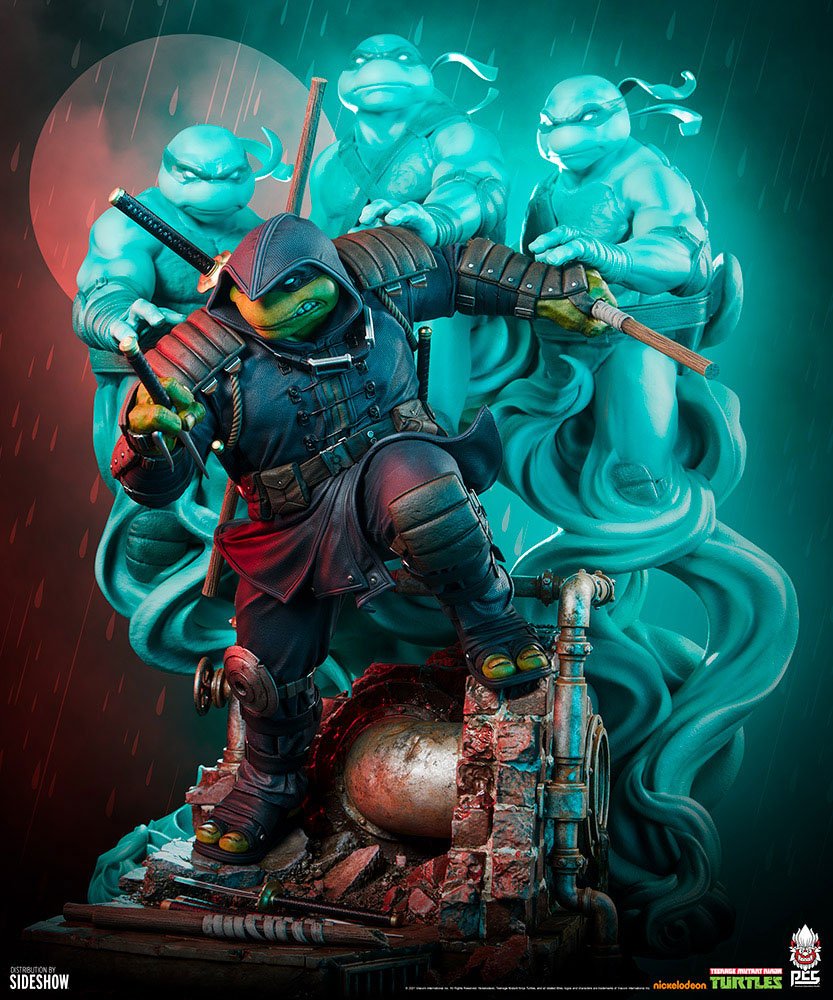 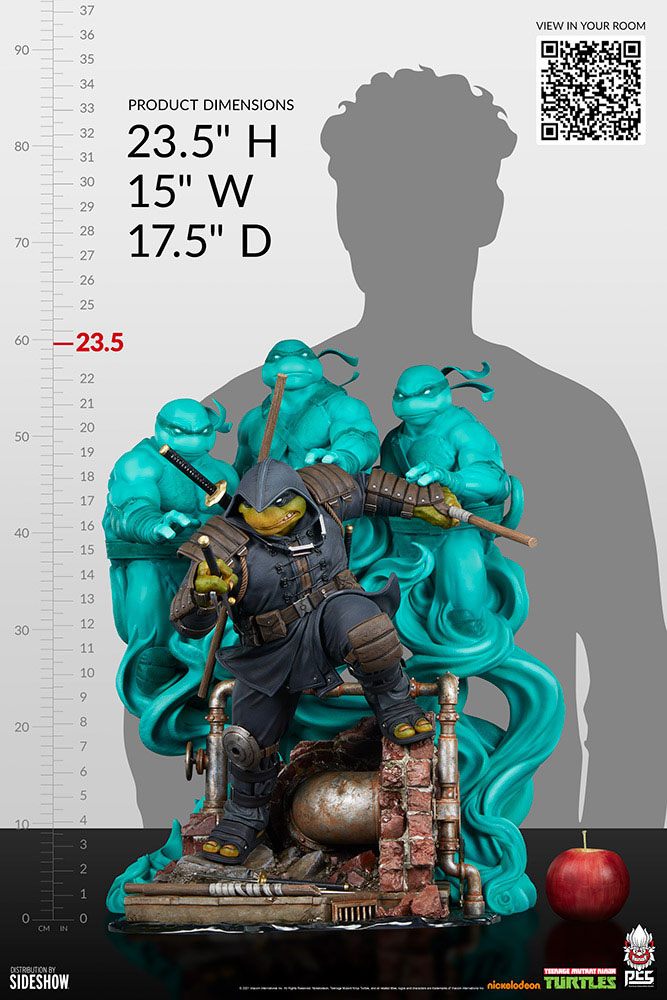 Inspired by Teenage Mutant Ninja Turtles: The Last Ronin, this incredible statue captures the determination and resolve of the last surviving member of the TMNT, Michelangelo, in a bleak alternate future ruled by the Foot Clan. The Last Ronin Statue - Supreme Edition measures 23.5" tall as Michelangelo stalks the sewers in pursuit of his enemies, guided by the ghosts of his brothers. A highly detailed environment base puts the turtle in his native element, with grimy water flowing around rust-colored pipes deep beneath the Foot Clan-controlled city. The statue includes four weapon proximity pieces that can be placed anywhere along the base for an added storytelling element, representing the arsenals of Michelangelo's fallen brothers as well as his own: a sai, a broken bo staff, a shattered sword, and nunchaku.

The breathtaking proximity piece of brothers Leonardo, Raphael, and Donatello is fully sculpted and painted in a spectral teal with white highlights to make the turtle trio stand out against the darkness of the ronin's stealthy garb. Reaching their hands out to lend strength to their brother, these fallen heroes in a half shell are detailed with intricate costume textures and a base of ghostly wisps encompassing the entire scene. The Last Ronin Statue - Supreme Edition can be displayed with or without this element attached. Without the ghost brothers, the statue measures 20.5" tall.

The Teenage Mutant Ninja Turtles: The Last Ronin 1:4 Scale Statue - Supreme Edition has a fully sculpted costume to recreate Michelangelo's stealthy new suit, detailed with incredible textures replicating fabric, belts, and weathered armor elements. The statue includes two pairs of arms, each with unique weapons for a variety of display options: Michelangelo has a sleeved right arm holding a sai, a sleeved left arm with a bo staff, a sleeveless right arm with a katana, and a sleeveless left arm with a tonfa. A removable sword handle fits into the sheath on his back to add yet another display configuration, giving you complete control of the ronin's arsenal. With a black domino mask beneath his hood and a snarl on his face, this incredible statue embodies the rage and determination of the last Ninja Turtle in his tireless quest for vengeance.