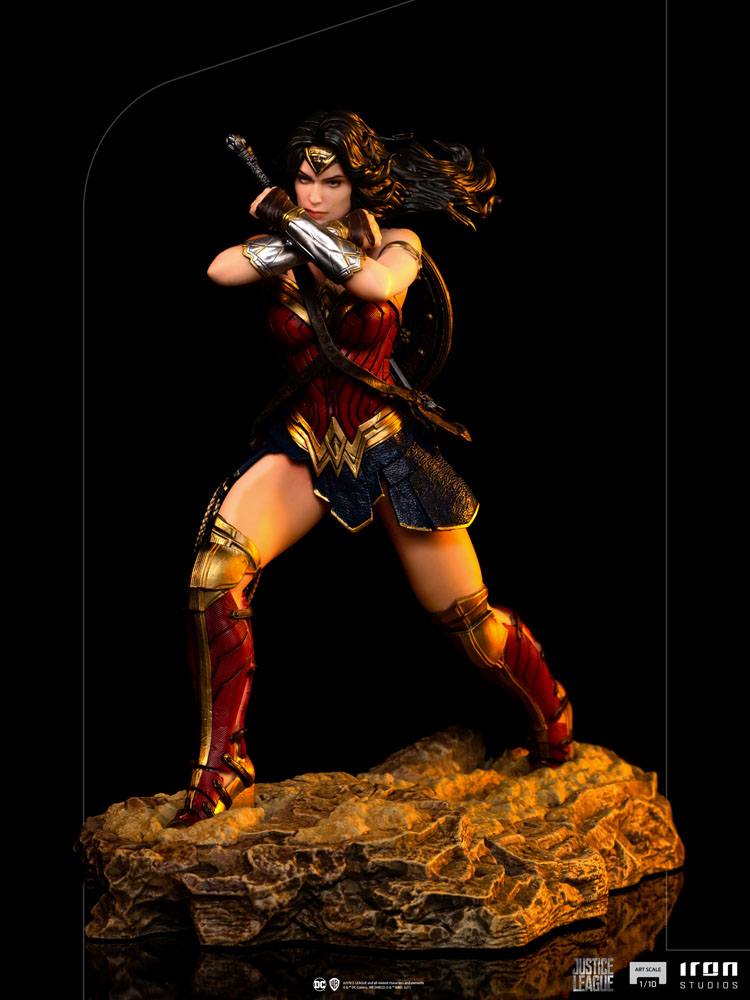 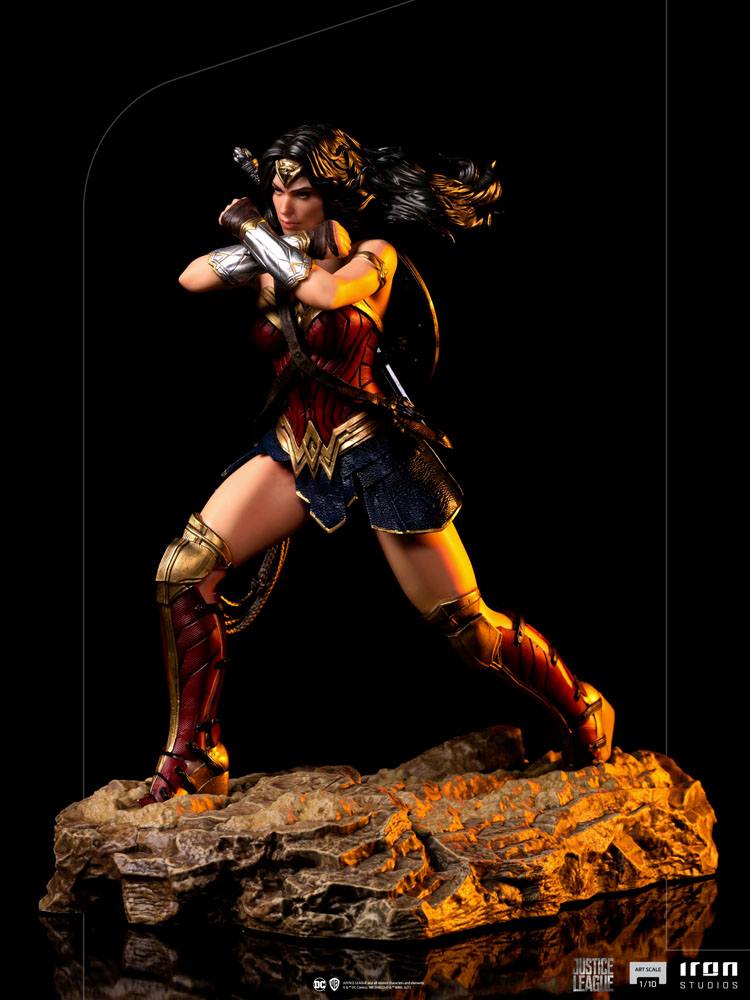 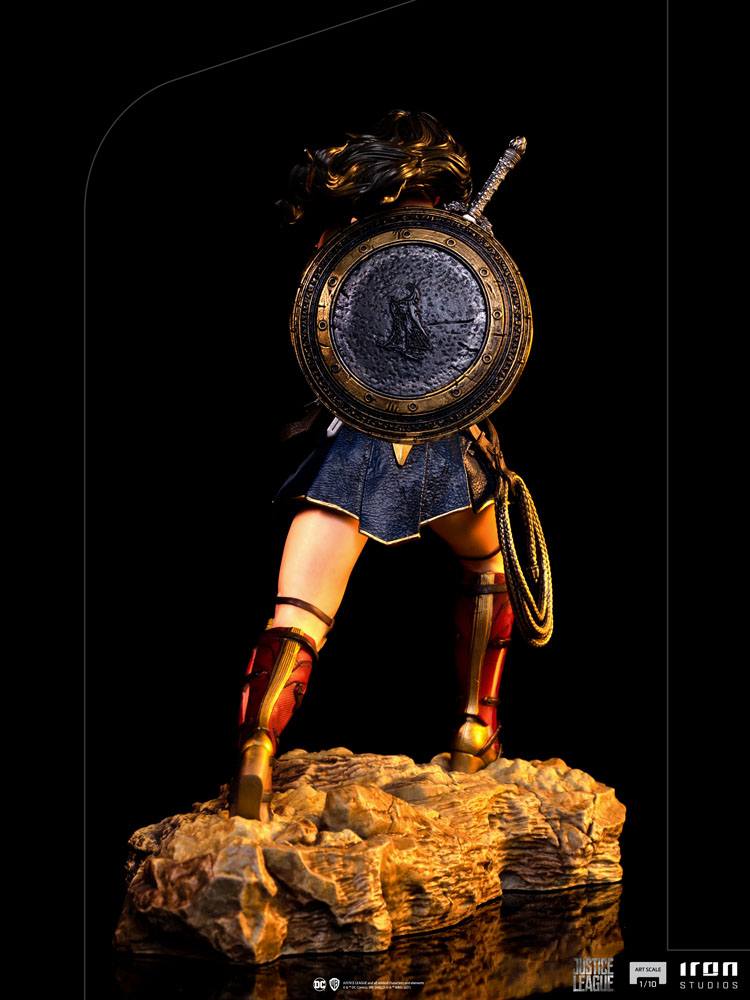 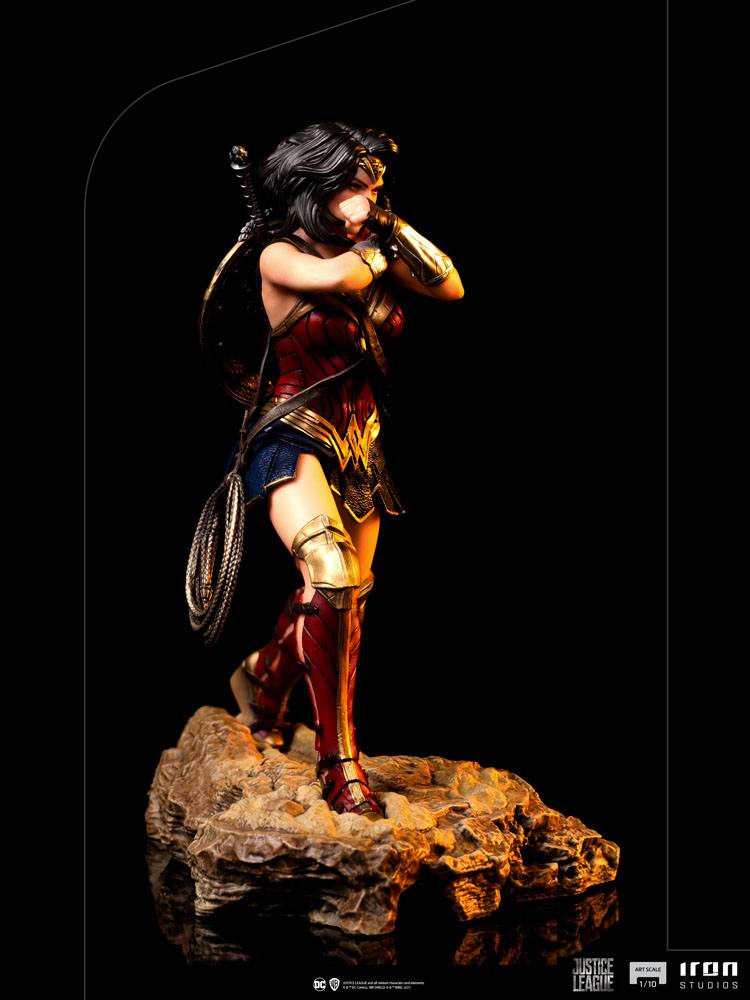 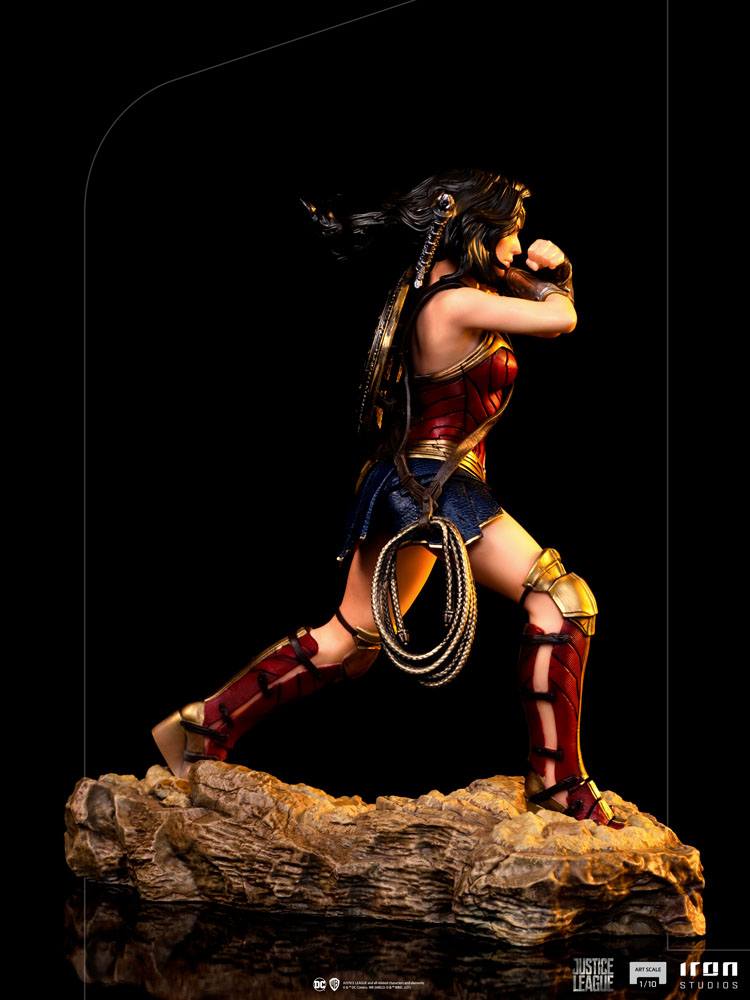 With the blood of the Old Gods coursing through her veins, an Amazon warrior princess crosses her fists with her indestructible bracelets.

She releases a wave of supernatural divine energy, creating a massive spherical explosion against her opponent. On a rocky base, she carries her Sword of Athena and the shield of the Amazons on her back, as well as her inseparable Lasso of Hestia at her waist (her mystic Lasso of Truth). In this way, Sideshow and Iron Studios presents the statue "Wonder Woman 1:10 Art Scale Statue - Zack Snyder's Justice League," with Diana from Themyscira, or simply Diana Prince, as in her appearance in the movie Justice League in the acclaimed vision of director Zack Snyder.

Daughter of Queen Hippolyta and Zeus, king of the Old Gods, Diana was raised on Themyscira, the Isle of Paradise created by Zeus to serve as a home and sanctuary for the Amazons and protected from the outside world by a mystical barrier. Hearing tales of the Amazons' excellent task of defeating the corrupt War God Ares, Princess Diana has trained and prepared from childhood to be a warrior, despite her mother's objections. As an adult, she met Captain Steve Trevor during World War I. Convinced of Ares's interference in the conflict, she joined Trevor in the so-called "world of men" to promote and defend peace and justice. Still youthful, thanks to her immortality, Diana serves as curator of the Louvre Museum as Diana Prince in modern times. She allied with Superman and Batman against the monstrous Doomsday in a fierce battle where the Man of Steel died in combat, and she helped the Dark Knight create a team to combat any future threats to the world, the Justice League. With Superman newly resurrected, alongside Batman and other heroes, she battled the fearsome Steppenwolf, herald of Darkseid, forcing his alien invasion to retreat.